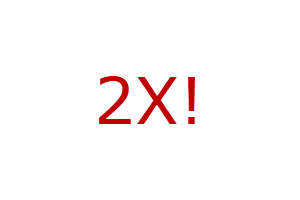 You know how it goes… you are bored and so you sit there and cruise through your Facebook account… wasting a lot of time, watching stupid videos, and then you come across someone’s posting that you either really like or really hate.  It’s probably a share of some graphic.  If you like it you might click the like button, leave a comment, or maybe even share it to your post.   If you hate it, maybe it is so politically charged that you are saying quietly to yourself “how can so and so be that stupid.”  You then see some comments, that fans the flames and so you do it, you click and comment on how dumb and idea, stupid a comment, how it is all fake stuff… you know the drill… because a little while later you see that someone has replied to your comment with some new tidbit which further infuriates you and off you go again…

I confess, I have fallen down this rabbit hole myself.  Chasing a wild hare around each corner, knowing that I am changing the world with every comment I make!  OK, not really changing the world but I sure am convincing a lot of people about whatever it is I am so ‘correct’ about, that’s certain.  OK, so maybe I haven’t changed anybody’s idea of how the world should work but I feel better because I stood my ground, even if it was just electrons showing up on a screen, sent there by a company that is mining everything I say…

I began to suspect that maybe, there was something wrong with me when I read an article in “The Christian Century” about how partisan politics has become a new form of idolatry.   What?  Idolatry.  It made me stop and think about how much time I waste on social media, thinking I am changing things.  It made me stop and wonder, “am I worshiping something while I am on Facebook?”  Whoa.  It made me think about what I am really doing to “Make Disciples of Christ for the Transformation of the World” by being on Facebook, or Instagram or whatever and getting all wound up by these really inane posts.

It’s time to ‘step away from the keyboard’ as they say, because someone is getting hurt, and it’s me and the rest of the world.  I think I had made an idol out of Facebook.  Yes, and idol as in the biblical reference to “making an idol” like in Exodus 32 and I felt really crappy about it.  I felt like I had let down God and myself.  It really stunk.  I was wasting the very few hours we have in a day, in our lives, posting, commenting, really doing nothing of value and that’s when I decided to challenge myself.

For every minute on Facebook or whatever your favorite social media site, you have to spend two minutes reading the bible, working on a church project, studying scripture, praying, or some other spiritual effort (volunteering, etc.).  Since most of the time when I am ‘doing Facebook’ is when I am alone, I opted for the studying scripture, praying, and reading the bible.

That started the ball rolling but it wasn’t enough.  So, today (that’s July 16th, 2018) I decided to no longer respond to any political posting.  So if someone shared something awful about the world, no comment, no like, nothing.   I found myself blocking a lot of people at that point and based on my first rule, I also have increased my prayer time and scripture study.

How about you?  Want to really change your life?  Want to actually impact the world?  Take the Facebook 2X challenge above.